Is a poet, author and interdisciplinary artist, graduated from Allameh Tabatabaee University in Persian Language and Literature, a member of AIS (Association of Iranian Studies), former instructor of calligraphy in the Society of Iranian Calligraphers, but have been more concentrated on children’s music and literature during the recent years. She performs her own compositions, songs and musical stories with Setār (a Persian musical instrument) and tries to revive Iranian traditional folk music and theatre in a new variant for children and young adults. She wrote, directed, and composed the musical animated series “Amou Nowruz and Musiqar bird”, (BBC Persian TV, Nowruz 1401/2022), published the book and album of maternal songs “Tati-Tati”, (Baziandisheh Publication, first edition, 2021, second one,2022) and The musical video and book “A Hunter and Ducks” (Baziandisheh Publication ,2022). She also wrote a song for the credit of a famous TV program named “Mehmooni” (ceremony) directed by Iraj Tahmasb (2022) and instructed children “Music and Imagination” at Fouladvand Academy(2021-2022)

As an author and researcher, she has written two books, several articles and tens of reviews, feature writings, and interviews around contemporary Persian art and literature. Also wrote and directed several short documentaries aimed at analyzing and interpreting masterpieces of contemporary Persian 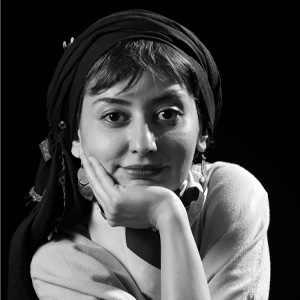 -The Evolution of Poetry (A Study on the New Methods of Literary Creation), Ketāb-e Hafte-ye Khabar Journal, May 2017

–  From Page to Scene: About the Revival of Oral Traditions in Persian Poetry), Tasvirnāmeh Journal, No. 3, Summer 2015

Women and the art:

– To Revive out of One’s Ash like a Phoenix: A Review of Shahla Moazzezi’s Paintings), Zanān-e Emruz Journal, No. 15, February 2016

– Bony Fairies in the Costume of Kobani Women (A Criticism of H&M Function in Modelling Kobani Guerrillas), Sedā Weekly, No. 9, October 2014

-The Magic of Writing in the Feminine Ornaments and Language of Mystery, Zanān-e Emruz Magazine, No.1, First Year, June 2014

– The Illustrator of Words’ Absence (A Review of Mansureh Hosseini’s Calligraphic Paintings), Honar-e Fardā Magazine, No. 8, 2012

– Reflection of Feminine Experience (A Study on Music from the Viewpoint of Gender), Zanān Magazine, No. 136, September 2006

-The Masculine Ideal of Beauty in the Faces of the Royal Harem’s Women, (Interview with Beate Petersen), Tasvirnāmeh Journal, No. 3, Summer 2015

– I Knew I Had to Deal with Passion, (Interview with the painter Pante’ā Rahmani) E’temād-e Melli Newspaper, November 12, 2014

– I Wish I Could Publish My Lullabies in Iran (Interview with the singer Sima Bina), Zanān-e Emruz Magazine, No. 6, November 2014

-I’ve Been Left with the Melancholy of Those Accidents, (Interview with Azadeh Akhlghi), Zanān-e Emruz Magazine, No. 1, Spring 2014

– Marginalia on the Importance of a Name: An Introduction to the Solo Exhibition of Mohammad Ahsa’i in Bum Gallery, 201

– Cartouche Prototype and the Spatial Formalization of Writing, Ketāb-khāneh Magazine, No. 1, May 2016

-On the Virtue of Deviationism: The Aesthetics of Imperfection in Persian-Islamic Calligraphy Tradition, Tasvirnāmeh Journal, No. 2, Winter 2014

– Calligraphic Painting; Reconstruction or Demolition(A Criticism of the Criticism of Al-e Ahmad for the 5th Biennial of Painting), Tasvirnāmeh Journal, No. 1, Spring 2014

-The Other Half: On the Aesthetic Crisis of Calligraphic Painting, Alef Magazine, No. 86, November & December 2011

– An Introduction to the Catalogue of “khatnegaareha” Exhibition: Recognizing the Calligraphy and Calligraphic Components in the Modern Iranian Art, Pardis-e Mellat Gallery, January 2012

– Narration for a Documentary Film about an Iranian-Japanese Calligraphy Workshop in Imam-Ali Museum, Tehran, 2008

– A Wrong Picture in the Eyes: A Review of Nosratollah Moslemian’s Paintings, E’temād-e Melli Newspaper, December 3, 2008

– A House Subjugated to Dream; (A review on The first winner of Tehran International sculpture symposium by Ali Jabbar Hossein), Haft Magazine, Fifth Year, No. 42, December 2007

– A Man Composed of the Nature (About the Sculptures of Nasser Hushmand Vaziri), Sharq Newspaper, May 7, 2006

-Ancient civilizations and the symbolic mirrors ; A Persian translation of a chapter from the book Mirrors in Mind by Richard Gregory, The Cultural Heritage News Agency, 2005

-The 700-Year-Old Sultan; an inseparable part of the history: About the Soltāniyeh Dome), Information Site of Urban Engineering and Architecture, November 20, 2005

– Against Oblivion: A Review of Davud Zandian’s Paintings, produced by Irānshahr Gallery, 2019

– “Hu”; A Review of the Exhibition of Calligraphic Paintings by Hamidreza Ghelichkhani), Farmānfarmā Gallery, 2019

– Zāyecheh: A Short Documentary about a Work of Hossein Zendehrudi, produced by Tehran Auction, 2019

– Ān (That): A Short Documentary about a Work of Mohammad Ahsa’i, produced by Tehran Auction, 2018

– Jān-e Jahān (The Soul of Universe): A Short Documentary about a Work of Monir Farmanfarmayan, produced by Tehran Auction, 2018

– Raj (Row), A Short Documentary about a Work of Hossein Zendehrudi, Pi+Ruz+Ji, produced by Tehran Auction, 2018

– Heh, A Short Documentary about a Painting of Hossein Zendehrudi, Heh Havvaz or Hansden, produced by Mehran Haghighi (Homa Film), 2018