Destiny and the Rule; a Review on “Warning Signs” (Khaleh-ghezi Collection)

By Anima Ehtiyat. Warning Signs is a project inspired by traffic signs. The signs in this work have been taken out of their original context, i.e. urban area and streets, presenting a collection symbols which could either be considered as visual poems or be executed in different conditions. Imagine a street where audio elements are moving instead of cars, and warning signs of the project assert influence on the sounds rather than the traffic ones. Such signs could even be executed in a text, just as what Solmaz Naraghi has managed to do. Finally, we should notice that the “artwork-body-power” have been manifested in different ways and different perspectives in Solmaz Naraghi’s activities. 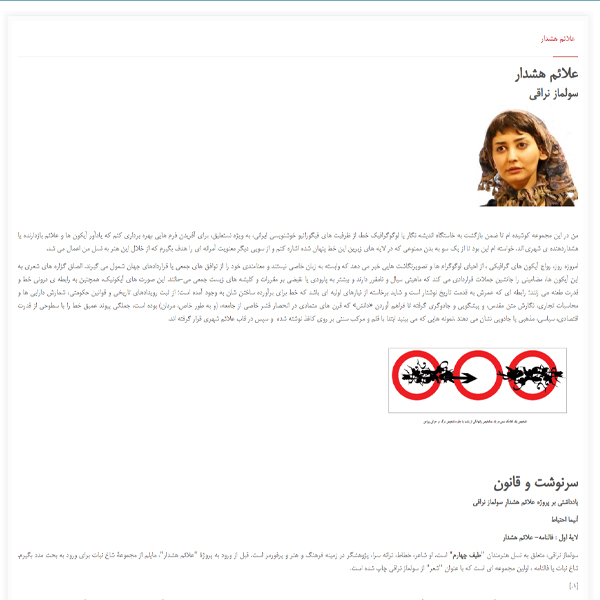